“InternationalMethanol Week” is one of the core brand activities of Enmore. Based on its owncustomer resources and information support, Enmore has rich data and customeraccumulation, aiming to provide comprehensive market information and businessdevelopment platform for methanol players. Since 2005, the InternationalMethanol Week has been widely held in the Asia. It is also fortunate to visit somegrand methanol factories in the industry, such as Petronas etc. The invitationscover more than 80 countries from Europe, America, South America, Asia Pacificand Africa. Methanol producers, traders downstream MTO, formaldehyde, DME,acetic acid, MTBE, MMA, biofuels, and third-party technology, shipping, andinformation companies etc. international Methanol Week is gradually becoming anannual professional methanol event in Asia .

In 2019, the macro economy may become not so strong and thevolatility of crude oil may tend to narrow. Exchange rates, tariffs and otherchanges in the application of methanol demand in China may directly affect theadjustment of the supply and demand pattern of China bulk commodities due to theconflict between US and China.

Since the beginning of 2019, due to equipment failures,routine maintenance etc., the overall performance of the international methanolproject has been poor. The operation rate has dropped to around 59% in March2019, down 12 percentage points from the end of February. It mainly takes placein Iran, SEA and the US, while routine maintenance is concentrated in Oman andQatar. Also, New Zealand has a general load. As ME and SEA are the mainmethanol importing resources for China, the impact of this point on the marketshould be alerted. At present, new methanol plants overseas are acceleratingthe pace of construction. It is expected that 1~6 million tons of new capacitywill be released in 2019, process of these projects will be discussed.

For China, it is estimated that China's new methanolproduction capacity will be between 3~8 million tons in 2019, and the totalproduction capacity could exceed 90 million tons by the end of 2019. Inaddition, about 5 sets of 2.4 million tons of MTO units will be put intooperation like Inner Mongolia Jiutai, Luxi Group, Zhong'an United and NingxiaBaofeng, and these theoretical consumption of methanol will be 3 million to 6million tons. With the continued implementation of supply-side reform andenvironmental protection policies, the utilization rate of methanol capacity inChina will be further increased to around 70% before the end of the 13thFive-Year Plan.

Moreover, the highlight of this event this year is the deepanalysis downstream application. Recently, China has promoted M100 methanolgasoline, it is estimated that it may increase by at least 2 million tonsmethanol consumption annually if it is promoted in 10 cities, which has 10thousand methanol cars. Besides, methanol consumption of SEA biofuels hasattracted global methanol players as well. Thailand, India, Vietnam etc.contribute to a large positive space for methanol by both biofuels andtraditional uses with the development of their economy.

Enmore is sincerely inviting you to join our 14th International MeOH Week 2019, which will be held in Nanjing,China on July 9-10.Looking forward to seeing you on site! 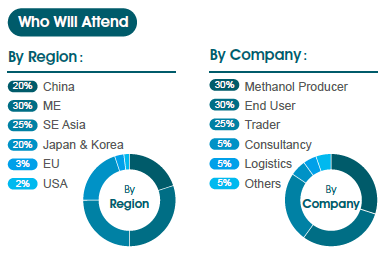 
7/10: Back to hotelin Nanjing after the visit

7/11: Back to hotelin Nanjing after the visit

Enhance your brand image and gainexposure in the world

Get your message across withhigh visibility branding

Your company logo on the movefor maximum effect

Ensure your message is communicated to allthe delegates 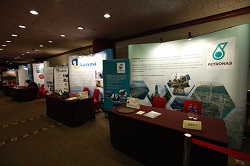 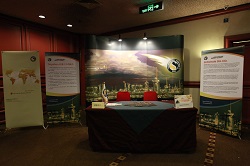 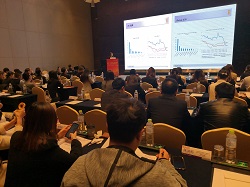 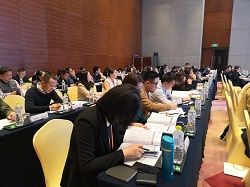 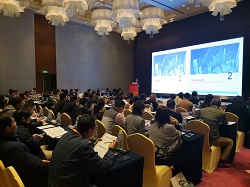 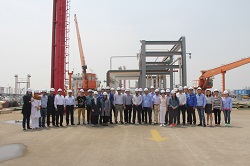